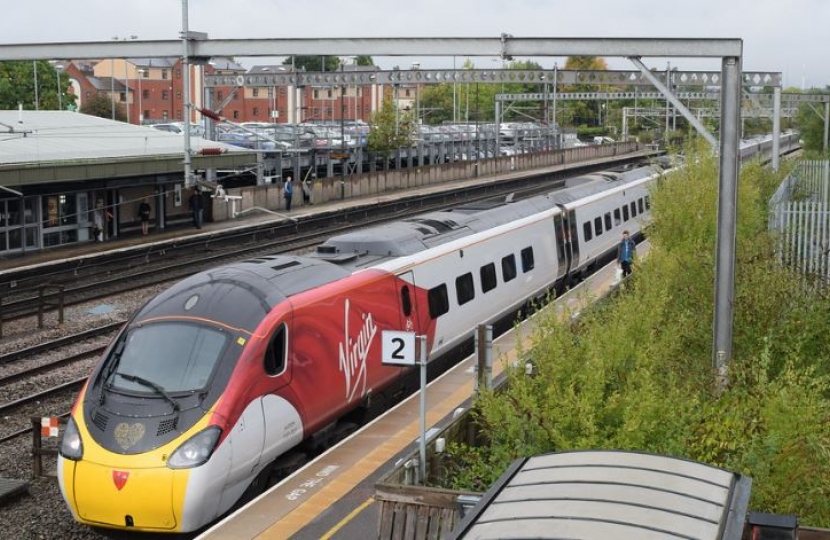 Today the Department for Transport announced that the award for the West Coast Partnership has gone to First Trenitalia.  This is the line which most people catch from Tamworth station at Platform 2 heading south to London (currently ran by Virgin).

The award was issued following a rigorous competition and the group will be taking on the West Coast Mainline railway services as well as HS2 when it is up and running.  It will operate from the 8th December 2019 and roll out in two phases, the InterCity West Coast rail services and then the HS2 in the second phase from 2026.

For passengers travelling along the West Coast Main Line, First Trenitalia will deliver brand new trains, replacing the diesel Voyager trains by December 2022 with new bi-mode and electric trains. The existing Pendolino trains will be fully refurbished, with new standard class seating, reservation systems and passenger information throughout. First Trenitalia will also invest in best in class 5G Wi-Fi connectivity. Passengers will benefit from simplified fares, including options for those who travel less than five days a week and enhanced smart ticketing.

New services will be delivered from December 2020, with Llandudno and Walsall joining the West Coast network and Motherwell becoming a major stop with a quadrupling of services.

Further improvements will be delivered in December 2022, with two trains an hour operating between London and Liverpool including a stop at Liverpool South Parkway, subject to approval by the regulator, the Office of Rail and Road. Journeys to Chester, Liverpool and Manchester will be faster, and services across the network will operate earlier and later than today. By 2022 the company are expected to offer more than 260 extra services when compared with this year.

Importantly, the West Coast Partnership will be at the forefront of the Government’s commitment to deliver a cleaner, greener rail network. The new bi-mode and electric trains will reduce emissions, while also improving reliability and comfort for passengers. New solar panels and energy efficient air conditioning will be introduced, and there is a commitment to an 80% reduction in non-recyclable waste from products sold or supplied on-board trains. 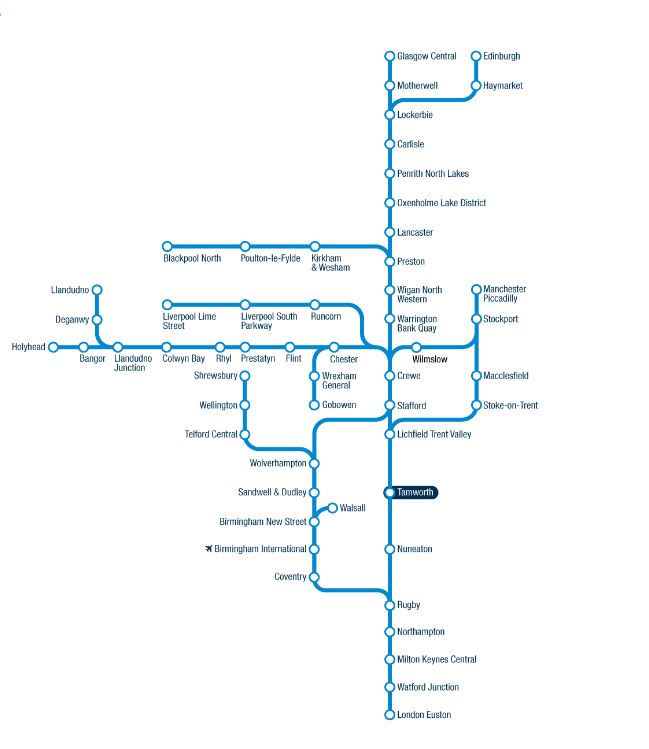 First Trenitalia will work closely with Network Rail to develop and deliver infrastructure capacity and capability. This Partnership will help facilitate opportunities to improve connectivity and train performance along the route. This includes better stations.  The group hope to invest in stations with refreshed waiting rooms, better customer facilities, more car parking spaces and greater accessibility for those who need it.  There will be some major upgrades to Birmingham International and I will do what I can to press for a support to come to the stations in Tamworth along this route.

Pleasingly the company has also committed to taking on apprentices, they hope to invest in young people, run more than 50,000 training days and set up a community investment fund which will be independently chaired.

It is a very exciting moment for United Kingdom rail and I look forward to working closely with First Trenitalia to ensure they deliver the high-quality rail services that passengers expect and deserve on the West Coast Mainline.