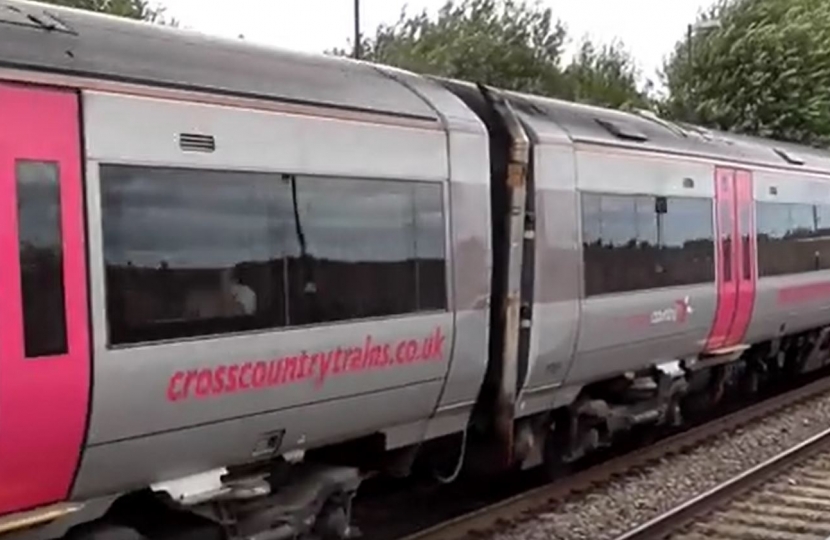 Many of you know that I am in regular correspondence with the Department for Transport and Cross Country Trains in relation to the overcrowding, particularly on the peak-hour commuter trains of a morning and early evening.

- Within terms of franchise agreements operators are expected to use ALL of their available train fleet (allowing for maintenance) at peak times.  The Department will hold the franchise to account on this issue.

- Operators are expected to plan capacity to provide passengers with reasonable expectation of a seat and within 20 minutes of boarding during peak times.

- Reducing overcrowding is now the number one priority for Arriva CrossCountry and the franchise agreement requires them to investigate options for acquiring additional rolling stock.

- The Department for Transport is working on ways to deliver additional capacity, including bringing additional trains to the fleet as soon as they are available.

- Five High Speed Trains in the CrossCountry fleet are being upgraded during 2019 funded by the taxpayer to make them more accessible for people with reduced mobility.  Two of these trains are now operating, the rest will re-enter service as soon as works are completed.

I will continue to press both CrossCountry and the Department to bring about better connectivity in the Midlands and boost capacity on the current peak-hour trains.