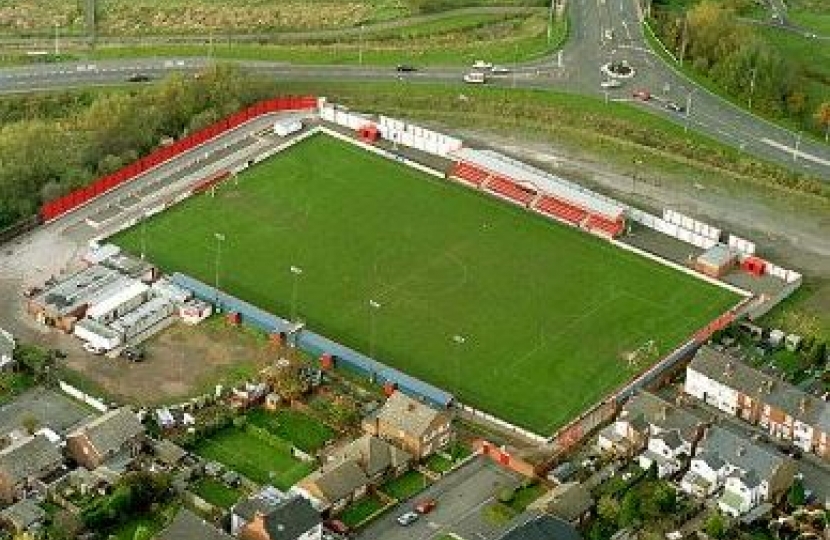 Tamworth’s MP Christopher Pincher has welcomed the Premier League’s Matchday Support Fund that has invested £10,000 into the Lamb Ground, home of Tamworth FC. This fund covers the costs of adjustments to football stadiums to encourage the safe return of both players and supporters.

The £10,000 received by Tamworth FC will make sure the club is in a great position when fans can come back to support their team- with the safety measures in place to allow this.

Over the next 10 years the Government has committed £700 million of investment to grassroots football across the country. The Department of Culture, Media and Sport has already invested in infrastructure and funding for local teams across the West Midlands.

To ensure men and women’s football continue to grow in participation at all levels, a £20 million emergency fund has already been provided by Sport England to protect these community sports groups.

“It is crucial that our local team is protected in these hard times for football. I am glad that the Premier League has provided support for the club and am sure that our Government will build on this to protect the lost revenue from fans attending games.

“Funding for grassroots football does remain important. The Government has ensured we are in the best place to put forward our bid to host the 2030 World Cup in Britain & Ireland- by making sure we invest in grassroots football and expand on the good work already done.”