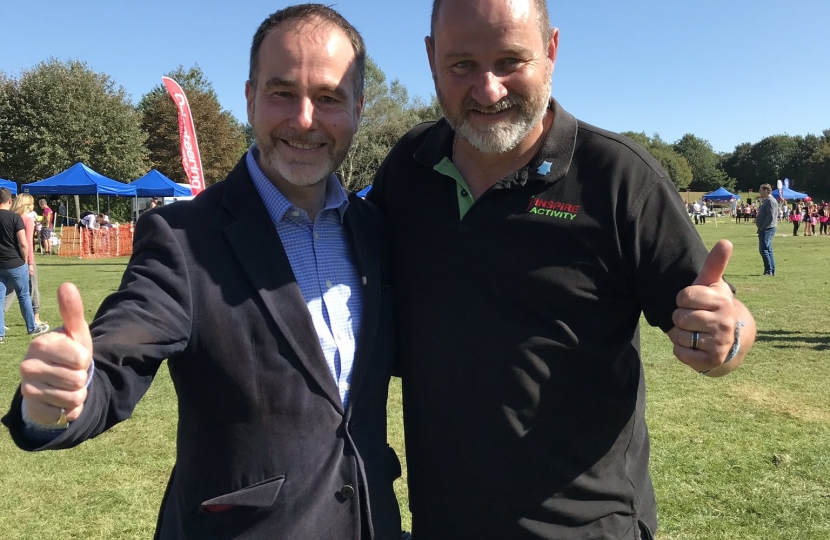 It was great to join Dennis Kennedy and the team at Inspire Active to launch the second Tamworth Community Games in the Castle Grounds.

The event was even bigger and better than last years. it is a fun filled and interactive afternoon which brings young people and adults together for sport and fitness.

Tonnes of local sports groups and fitness activities are on show and residents could try out sports they wouldn't ordinarily think of joining.  There were displays on and for anybody who braved at least 8 sporting tents - there were medals available!

Over 40 different sports were represented from netball and football to weightlifting, judo, zorbing and archery.  For those wanting to get active but not up to sports, there were also recreational activities, like scouts, yoga, circus skills and mind over miles for beginner runners.

The games mascot Buddy was bouncing around like a mad bear and Radio Tamworth were live streaming from the event.

I got to chat to local residents trying out sports and agree with them that Tamworth is truly on the up.  We have secured new funding for our High Street and have just won our tenth gold for the In Bloom competition.

All in all, a good time and I look forward to seeing even more local people get active in Tamworth!  Well done all!