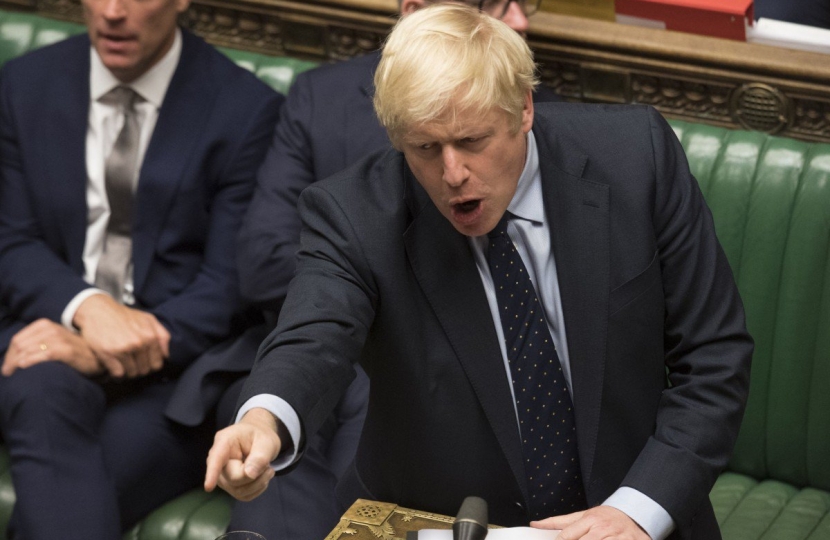 On Saturday I attended Westminster with the full intention of voting for a Brexit Deal. It was disappointing that once again, Labour, the Liberal Democrats and the SNP voted to stop Brexit - going against the democratic will of the British people AGAIN.

However, the Prime Minister has remained robust in his stance on the issue, it remains fully determined to deliver his Brexit deal and I will continue to support him throughout the next week.

I enclose a letter below from the PM to MPs, confirming his intention to move forward and deliver Brexit regardless of the obstacles. 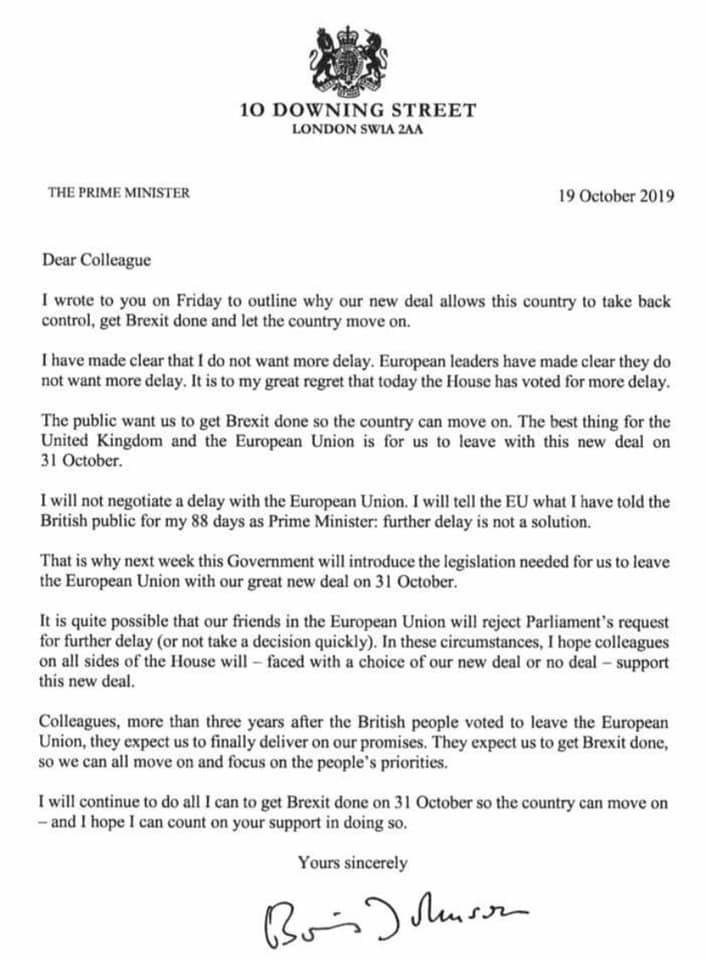 I know there has been some concern about residents as to what the new deal actually is or means. The new deal takes us out of all new EU laws (the current ones will be enshrined on our day of exit), this means we can change legislation in a huge number of areas where we have not been able to for years, such as product standards, fishing and farming rules, boosting the environment and creating more in-work protections for employees.

The new deal means we will be able to strike our own trade deals around the world, we will still trade with our European partners, but we will also have a right to participate in trade with the rest of the world.  We will be in full control of our taxes - including VAT and other taxes determined by the EU.  The supremacy of the European Courts will end, our courts will be the highest authority in the land.

You may have seen in the press that there are still issues arising over this latter issue with the DUP backing.  The new deal eliminates the backstop, something the DUP wanted, but it also means that the biggest parties in Ireland, currently the DUP and Sinn Fein, in effect have a veto on the future of NI in our current Brexit arrangements in four years (the end of the transition period).

Stormont isn't operating at the moment and has not been since Sinn Fein resigned from power-sharing in the devolved government over two years ago. One of the issues that DUP are concerned about is that parties voted in who are not actively involved with the running of the country, could have a say over the future.  This is an issue the Prime Minister continues to discuss and consider with all sides.  Northern Ireland's place in the United Kingdom should never be weakened.

The new deal does not separate Northern Ireland from the United Kingdom but there are concerns that Dublin and Brussels could continue to have a big influence on rules and trading under the new deal.

The Labour Party have been spinning all sorts of misinformation about the deal itself because they want to delay and do not trust the people.  However you can view the full details here:

Yes it can be improved and yes there are more discussions to be had about our future relationship with the EU but this deal takes us out of the EU entirely.  It allows us to focus on our future outside of the EU, I fully support Brexit and will continue to vote to see it delivered.

If the Opposition continually want to vote down the deal, they should vote for an election and let the people have their say.