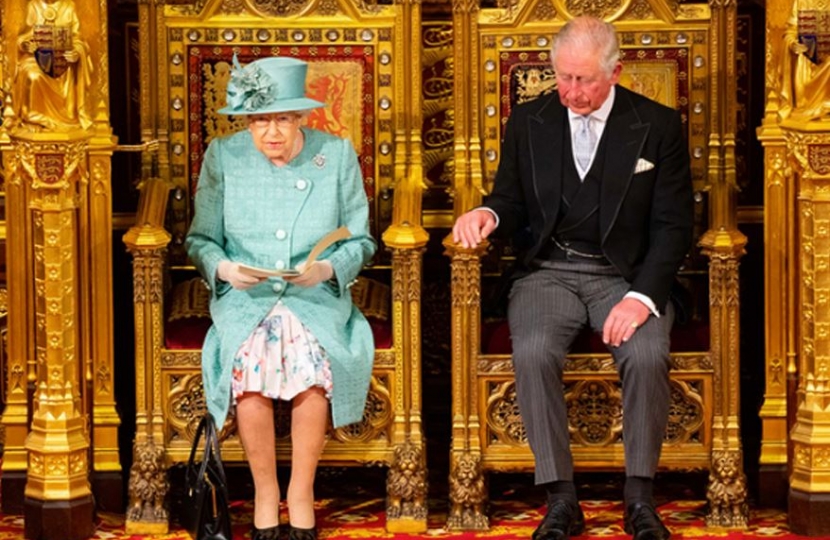 Today's queen's speech reaffirmed that the NHS is our number one priority which is why we will become the first ever Government to enshrine the increased NHS budget of an extra £33.9 billion per year into law.

The Queen's Speech also set out our plans to:

There were many other fantastic plans set out in the Queen's Speech, from improving environmental protections and strengthening transparency in the supply team, regaining control of our waters, ending free movement and introducing a points based immigration system.  The Government aims to support workers and families by enhancing worker's rights, supporting flexible working and extending unpaid carers' entitlement to leave an issue I know will benefit many local people.  We will also reduce the cost of living through increases to the NI threshold and the National Living Wage.

A Renter's Reform Bill is also planned to enhance renter's security and improve protections for short-term tenants by introducing a lifetime deposit and ending 'no fault' evictions.  To fully implement the most urgent recommendations from the Grenfell Tower Public Inquiry as well as introducing a Building Safety Bill to review all building regulations.

Looking at pensioners, the Pensions Schemes Bill is aimed at enabling people to better plan their saving for later life and strengthen the pension regulator's powers to tackle irresponsible management of pension schemes.

Crime is high on our agenda with bills set out to ensure the most serious offenders stay in prison for longer, that all public bodies work to identify and tackle factors which lead to crime.  We will enhance police stop and search powers, establish a Police Covenant and implement a version of 'Helens Law' to require the Parole Boards to recognise the pain felt by victims and their families when offenders refuse to disclose certain information about their crime.

Bills on divorce, domestic violence, extradition and deportation of migrant offenders and setting up a Royal Commission to improve the effectiveness of our criminal justice process is also planned.

Considering our armed forces, we will continue to invest in our military and honour the Armed Forces Covenant, continue to uphold the NATO commitment of spending AT LEAST 2% of our national income on defence, looking to implement the Stormont House Agreement and undertaking an Integrated Defence, Security and Foreign Policy review, the deepest review since the end of the Cold War.

Finally we will take forward work to repeal the Fixed Term Parliament Act so we will never again be in a position where parliament is at a complete stalemate, do more to identify and tackle electoral fraud and set up a Constitution, Democracy and Rights Commission to consider the relationship between Government, Parliament and the Courts.

I have no doubt that next year will be a rather busy one but you can read more about the Queen's Speech by using the link below:

I have been surveying residents in villages across my constituency and it is clear that mobile signal is a key problem.

We want our children to be able to walk to school but we know how difficult that journey can be.  Not only does your child need some road safety awareness but there's also worries about pavement parking, speeding drivers and safe places to cross.