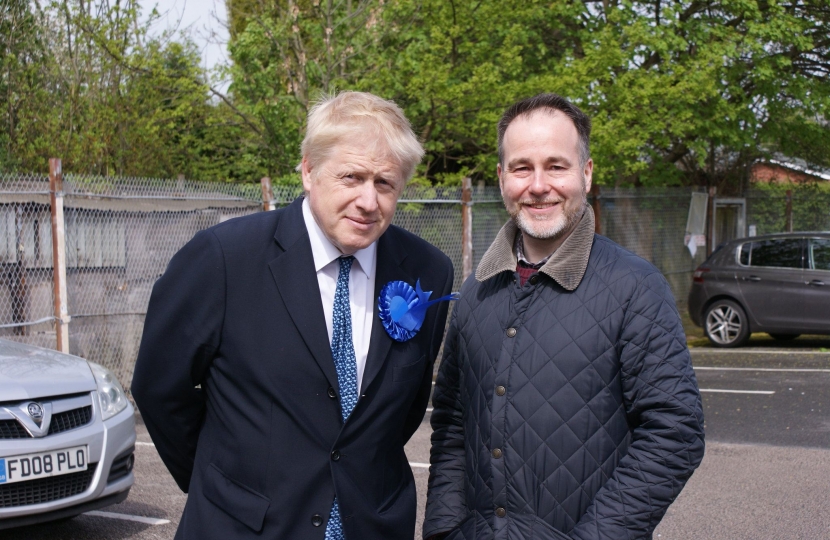 Boris Johnson has been elected as the leader of the Conservative Party by a decisive majority, and with that he brings the energy, vision and leadership to break the Brexit deadlock and propel the United Kingdom further along the road of prosperity  Only the other month, Boris came and knocked on doors with me and the Conservative Councillors in Belgrave and the feeling was electric.  He has that electoral stardust that I believe can enthuse and unite all four corners of the country. I am a Brexiteer, I voted for it, I campaigned for it and down in Parliament I have consistently voted to stop a 2nd Ref, to keep No Deal on the table and to deliver on the result. I voted for Boris Johnson too.  The Government he leads will be full of optimism and that will reverberate around Britain.

We must deliver Brexit on or before October 31st to honour the referendum result that took place 3 years ago. But we must do more than that.  We must get Brexit through and then get on with the domestic agenda that the country needs.  The Police will see 20,000 new officers, our schools will be better funded ending disparities around the country and we will ensure the next generation of technology is in every home.

I look forward to meeting our new Prime Minister soon and helping him push forward what is best for Tamworth and our United Kingdom.