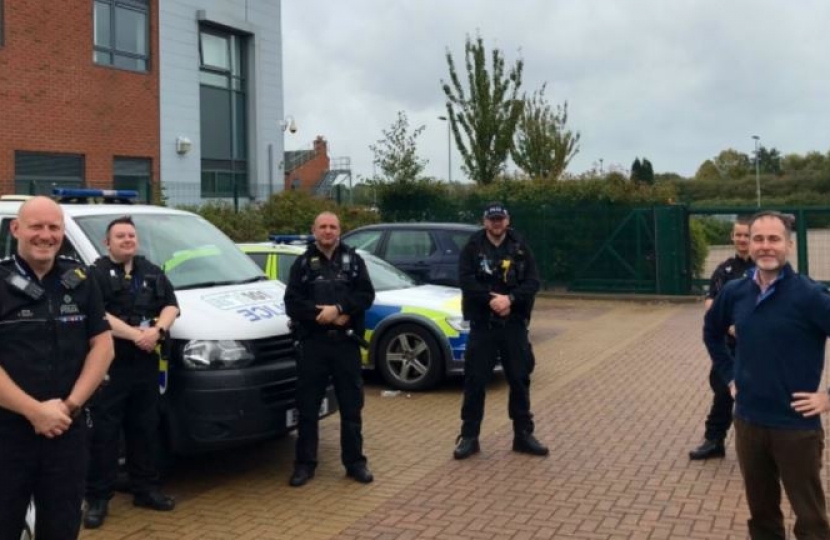 The Government has announced West Midlands Police have welcomed 628 new officers in the last year, as part of plans to recruit 20,000 police officers nationally by 2023. The target of recruiting 6,000 new officers by March this year was significantly exceeded with over 8,771 officers recruited across England and Wales.

As local elections for Police and Crime Commissioners on the 6th of May draw nearer, the Prime Minister’s pledge to see 20,000 additional officers by 2023 has reached 45% of its target, with the Government allocating an additional £400 million towards recruiting new officers this year.

Total police funding has risen to over £15.8 billion for 2021-2022 as West Midlands Police, which operates in Tamworth, now has over 7,000 active police officers.

The figures released show that every police force across England and Wales either met or exceeded their recruitment target in the last year: over 139,000 people have applied to join the police since the programme started.

This comes with a £636 million funding boost for police forces across the country and a new police covenant – to provide extra support and protection for frontline officers.

This news comes as diversity data has shown there are now over 10,000 officers from a Black Asian and Minority Ethnic background – the highest number since records began.

In addition to recruiting 20,000 new officers, the Police, Crime, Sentencing and Courts Bill has given the police more powers to crack down on volent crime, with more powers to tackle knife crime and get knives off the streets.

‘Making sure Tamworth’s neighbourhoods and communities are safe is a priority, and I am delighted to see that the recruitment programme to ensure there are more officers on our streets has been so successful across the country.

I am glad the Government has delivered on its commitment to public safety by backing our West Midlands officers with the additional funding, powers and resources they need. Every one of these officers will make a difference in keeping Tamworth safe, and continue to make sure our police force is able to tackle serious crime head on.’

‘When I became Prime Minister, I made a commitment that we would recruit more police officers, cut crime and make your streets safer.’

‘In just one year, we have hired an extra 9,000 extra police officers, smashing our first-year target and putting us well on track to recruit the 20,000 new officers we promised. But we need Police and Crime Commissioners locally who can continue to work with the Government to recruit police officers and cut crime as we Build Back Safer from the pandemic, so I’d urge people up and down the country to vote for their local Conservative candidate on Thursday 6th May.’

‘As Home Secretary, keeping you, your family and our country safe is my number one priority. One of the Government’s key promises was to put an extra 20,000 police officers on our streets, and I’m delighted that one year in we have surpassed expectations and already recruited nearly 9,000 additional police officers.’

‘Our police officers are the very best of us and I will continue to give them the resources and powers they need to keep us and our loved ones safe. But I need local Police and Crime Commissioners to work with me to get crime down as we emerge from the pandemic, so I’d urge everyone to vote for their local Conservative candidate on Thursday 6th May.’

If you are aged between 14-18 and have a love for all things English Language, then Staffordshire County Council wants to hear from you!