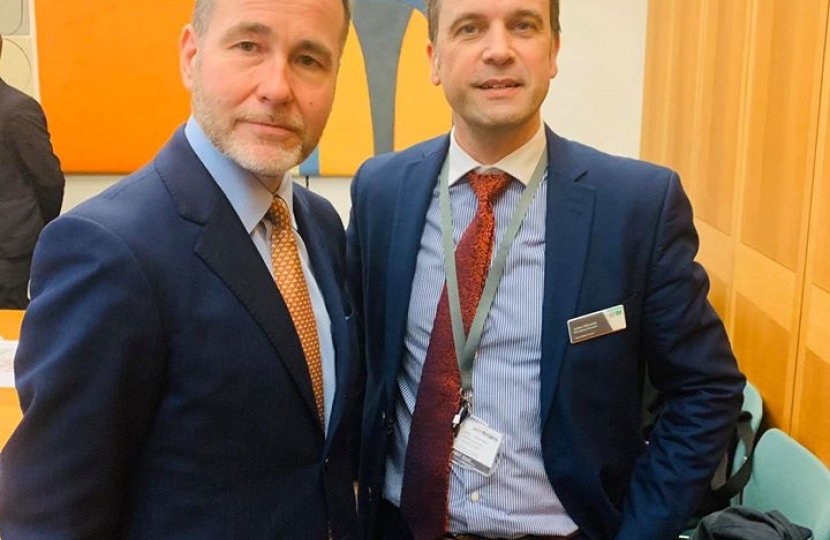 Yesterday I met with the MD of West Midlands Railway to put forward the important issues you email and call me about. 🚂

Issues like cancelled and delayed trains, parking build ups in Shenstone, frequency of service and getting an update on when the new trains will be delivered.

Earlier this month, the Transport Minister issued a warning to West Midlands Trains.  They were required to spend an extra £20m on improving services because they had breached performance targets so badly.

You can see their performance yourselves online at:

While there is still much work to be done to rectify the late and cancelled trains, the company are working hard to put things right.  They have set up a Customer Panel for feedback which you can join at:

They have changed their top team and made plans for big improvements across the year.  Timetables and routes have been amended to avoid late journeys and cancellations and from March further adjustments will be made to reduce delays.  From May a dedicated service will be ran between Birmingham and Rugeley and between Birmingham and Crewe and trains will not be stopping to detach carriages.

Towards the end of the year focus will shift to the Euston line, reducing bottlenecks and overload on the timetable, simplifying the way the line is run to make it easier to recover after disruptions.  Compensation is also being offered for season ticket holders and prices are due to change in the summer to better support local use.

The company is hiring 80 more drivers, senior conductors and train managers, they're changing the way they manage leave and working more closely with the trade unions to ensure employees maintain flexibility on their working hours whilst the company meets its goals on getting more trains running, on time and reaching their destinations as expected.

West Midlands Trains is also investing in technology, improving their preventative maintenance schemes and the way the respond to delays in service.  Additionally while the refurbishment of carriages is still on the way, it will be slightly delayed so the company can focus entirely on reducing delays and cancellations, shifting to aesthetics later in the year.  There's no overnight fix to the problems which have arisen with the network, however it is pleasing to see that the company appears to be on-track to resolving some of the long-standing problems which led to the appalling rate of delays and cancellations in our area.

I will continue to liaise with the team and press for improvements across our network.

I am looking forward to also speaking to CrossCountry who also provide train services in our area.