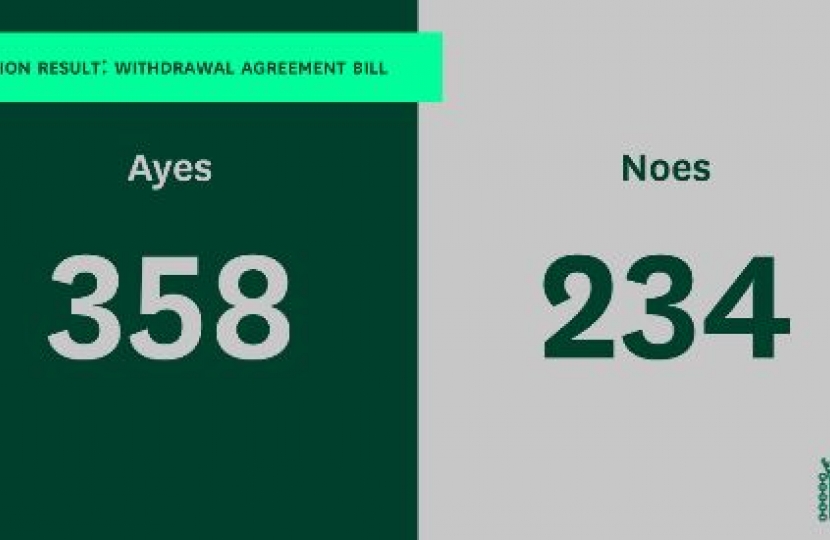 Today the newly formed Parliament began the process of ratifying the great new deal that the Prime Minister negotiated with the EU.

The European Union Withdrawal Agreement Bill had its second reading in the House of Commons today.  I am pleased to say that I not only voted in favour of the Bill but was in the Chamber as it passed!

The Government won the vote passing the Brexit bill by 358 to 234.

The Bill will now complete the remaining stages in both Houses of Parliament and get Royal Assent as soon as possible so that the United Kingdom can leave the EU on January 31st.

Boris Johnson has delivered on his promise to the people to get the Brexit vote wrapped up for Christmas.

Next year will be a positive one for our country and I will do all I can to get Brexit done!