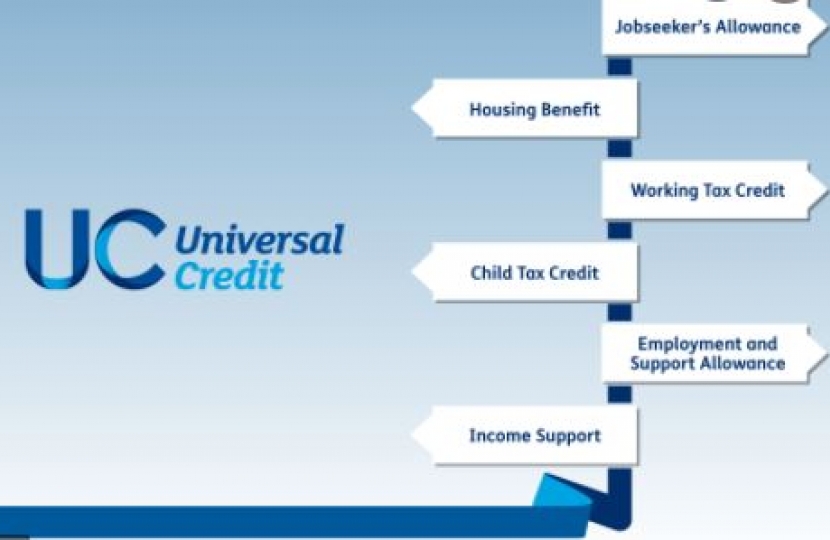 Since the introduction of Universal Credit, while many have found the system helpful, easy to navigate and useful if income fluctuates - however there have been some constituents who faced challenges, particularly for individuals paid a wage every four weeks.

The Universal Credit system assesses an individual's income over the period of a month then tops up the the low income with a benefit payment at the end of the assessment.  For many this tops up part time work.  However for individuals paid their wage every four weeks, they would sometimes find that two of their wage packets would fall within one Universal Credit assessment period.

This would mean the system considered them to have received a higher wage than usual so the Universal Credit 'top up' would not be applied as the claimant would expect.  Instead they would receive a Universal Credit payment one month later with a 'nil earnings' calculation applied.  While this evens out over the year, for anybody in that situation, not getting the top up money they expected was very worrying, particularly if they had planned your budget or bills on direct debits.

I have lobbied the Government on this issue a number of times, bringing forward stories of hardships that local residents affected shared with me.  The Government let me know the Universal Credit software would not allow assessments to be adjusted but they would keep it under review.  I carried on and the DWP helped to ease the pressure by  allowing those  affected to take out a rapid budgeting loan.  While this would help any claimant with immediate financial needs, it needed to be paid back over time so was not an ideal solution.

Following this a manual system was put in place where those affected could tell their job coach and adjustments would be made.  Again this took time and was not ideal, particularly if the resident had direct debits and bills expected to be paid by a certain deadline.

I have kept chipping away on the issue and am pleased to announce that a solution is now in sight! The DWP has changed its processes so that the Universal Credit system will soon automatically identify claimants who receive a second monthly salary payment in a single benefit assessment period.

Staff at the Job Centre will be able to move the second payment forward to the next assessment period in the system, ensuring the claimant’s benefits don’t fluctuate from one month to the next due to the system thinking they received double wages.

it sounds good and should resolve the problem.  i look forward to seeing it rolled out fully and would welcome any feedback from those residents who have been in touch with me. No software system is perfect but it is good to know resident concerns have been heard by the Ministers and amendments are being made to fix the issue. Thank you to all the residents who shared their experiences with me and helped bring about change.

As always if i can help with benefit issues, improvements to the system or put forward your ideas please let me know and i will raise it with the DWP or relevant body.