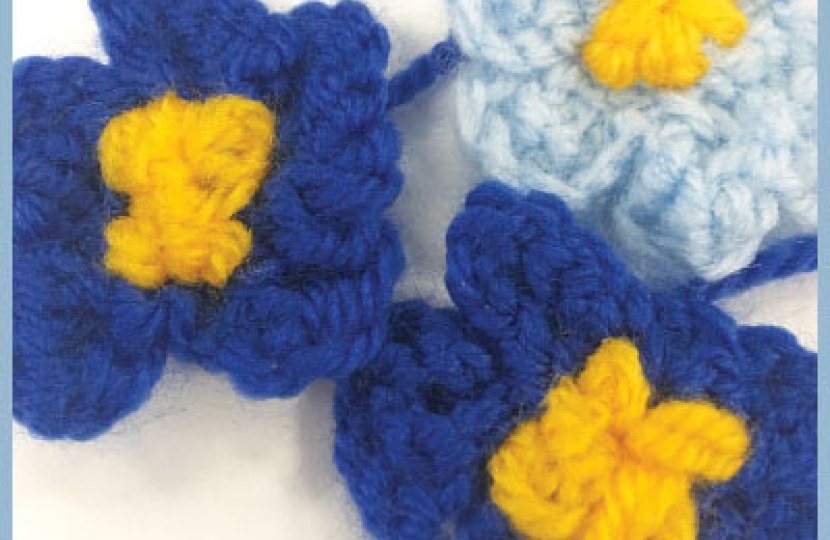 Volunteers wanted to get involved with the Commuknitty project aims to brighten up Tamworth's open spaces by inviting people to knit forget-me-not flowers, the Alzheimer's Society logo to raise awareness to make Tamworth even more dementia friendly.

The project was initially launched on St George's Day in the Castle Grounds.  You don't have to be an expert to get involved, in fact they have produced a video so that everybody can give it a go.  Take a look!

The flowers knitted by resident will be tied to cards containing useful information about dementia and hung around the town this summer for people to collect.

It is hoped that more will get involved with making Tamworth a more tolerant and welcoming place for people with dementia as well as encouraging friends, family and people who think they may have dementia to come forward and seek support.

You can find out more about dementia projects online at www.tamworth.gov.uk/dementia-friendly