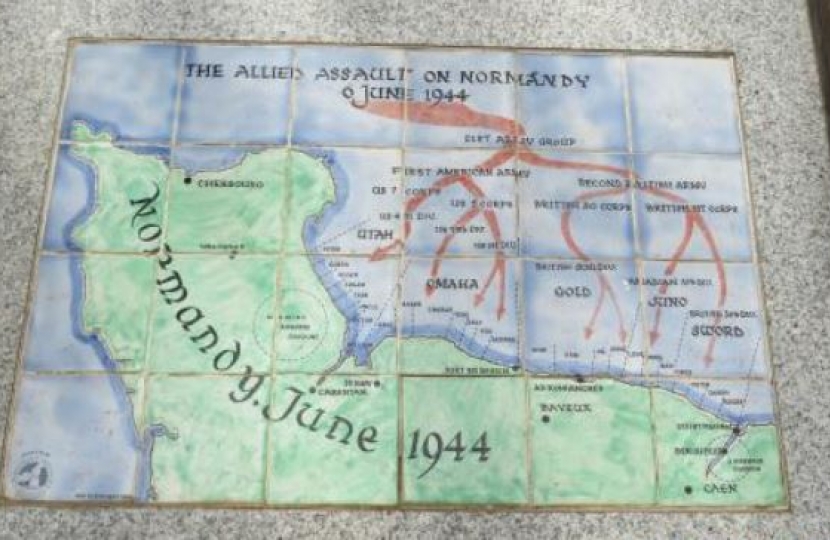 D-Day was a turning point in the course of the Second World War, it was the moment that the Allied Forces established a foothold in occupied France.  It was a significant step towards the liberation of Wester Europe from Nazi rule.

Many of you will have watched the D-Day commemorations on the TV today and some of you, perhaps for the first time have began to learn more about what D-Day was and why the sacrifice of those Armed Forces members was so important.

The National Memorial Arboretum is going to be holding additional events on and after D-Day for anybody wishing to commemorate a hero, learn more or thank a veteran.

On 6th June a 75th Anniversary Commemorative Service is being held in partnership with the Royal British Legion.  Visitors should arrive for 10:15am with the service commencing at 10:30am culminating in a 2 minutes' silence and wreath laying.

The service will be attended by key figures from Normandy veteran societies and the French Honorary Consul for Birmingham.  For anybody exploring the grounds on the day, the Merchant Navy Wood within the Arboretum will be hosting a commemorative art project called D-Day: Vessels of Victory.  This is in memory of all who served in Operation Neptune, the waterborne invasion most people think of as the D-Day battle.

Visitors will be invited to decorate one of 6939 wooden vessels, each of them representing an allied craft which was involved in the operation.  They will be added to the 'sea' of ships in the wood.

The Arboretum is also featuring some specialist displays and galleries including a collection of portraits of D-Day landing veterans and guided walks of prominent memorials throughout the Arboretum.  The displays will be running until September so if you cannot attend tomorrow, you can still take a look.

So pay a visit, pay your respects and commemorate the thousands of heroes who made the ultimate sacrifice in pursuit of our freedom. For more information see www.thenma.org.uk