Brexit - what happens next 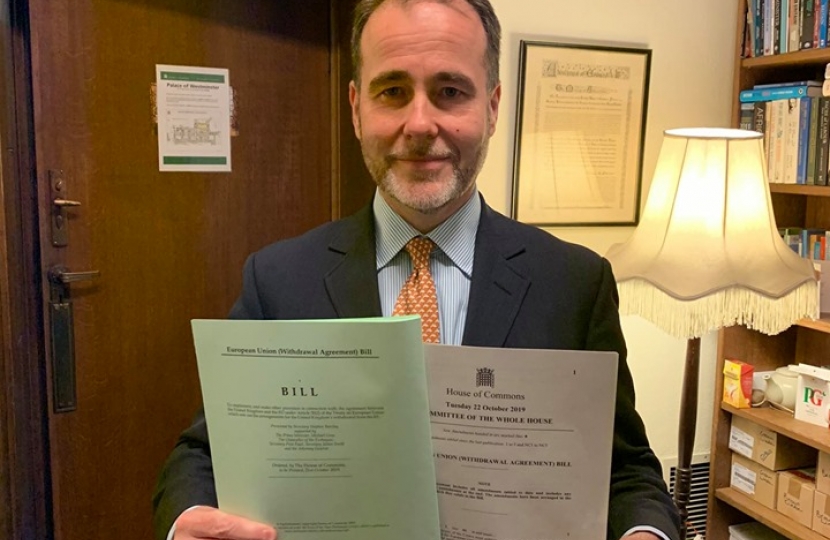 Last night I voted to back the Prime Minister's deal.  I feel it is time to come together, get Brexit done and move on as a country.

However, Parliament descended into deadlock again when a second vote on the timetable for the Bill was put forward.  This vote, which prevented fast-tracking the deal, so we would be ready to leave by October 31st unfortunately won by a majority of 14.

The Prime Minister insists that it is still his policy that the United Kingdom should leave the EU on October 31st and will now ramp up preparations for a no-deal Brexit. It is his duty to do so despite it not being his preference to leave without a deal.

The matter is back in the hands of the EU leaders who have a decision to make, whether to offer a further extension to the Brexit deadline or not.

The Prime Minister wants to get the deal over the line, he is open to having a General Election to get this issue through.  The Opposition whilst happy to continually block Brexit with or without a deal keep saying they want the people to have a say.  Unfortunately they also keep preventing a General Election!

The Prime Minister has worked hard.  He got a new Brexit deal, the deal has been reluctantly accepted by the EU, it will allow us to take back control and prevent a no deal situation from occurring.  All the Opposition want to do is offer dither and delay, holding onto their seats and leaving the country in limbo.

I will continue to back the Prime Minister and support his goal of leaving the EU as soon as possible.