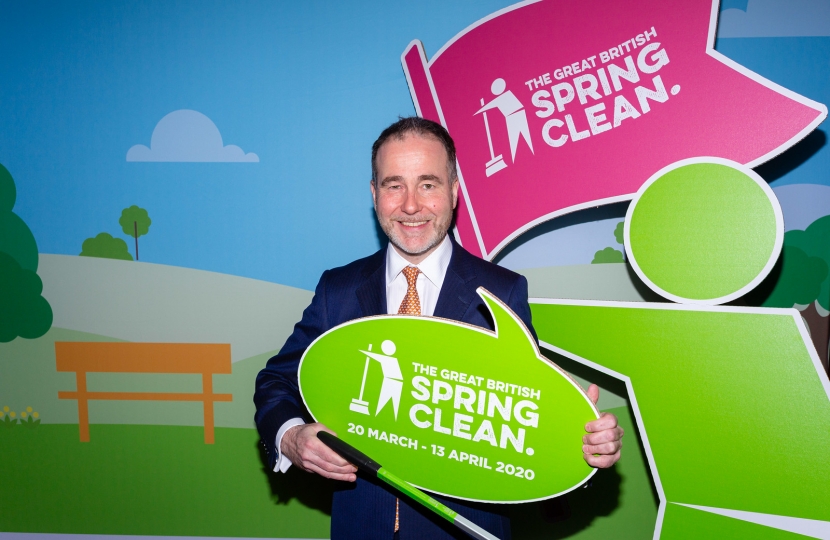 The campaign, which runs from March 20th to April 13th, will see up to 600,000 people taking action to clean up streets, parks and beaches across the country.

The Great British Spring Clean, run by environmental charity Keep Britain Tidy, brings together individuals, community organisations, businesses and councils to show they love where they live and in 2019 more than half a million #LitterHeroes collected more than 900,000 bags of rubbish.

“The overwhelming response to last year’s Great British Spring Clean showed that there are many hundreds of thousands of people out there who love where they live and are prepared to take action to make it better for themselves, their families and their communities.

“We are really lucky that here in Tamworth we have two of the Keep Britain Tidy Litter Heroes – Tina Clements and Rob Pritchard. You may also know them as two of your local Tamworth Borough Councillors. They both do a brilliant job of getting outside, leading by example and organising litter picks every week. They encourage others to love where they live and have made some tangible improvements across all corners of our town.

“They have even got me along on a Saturday afternoon and there is a real community spirit. When they are done, the Borough Council come along and collect it all, a good partnership. Naturally they are dependant on volunteers, so if you want to give them a hand please do get in touch with me!”