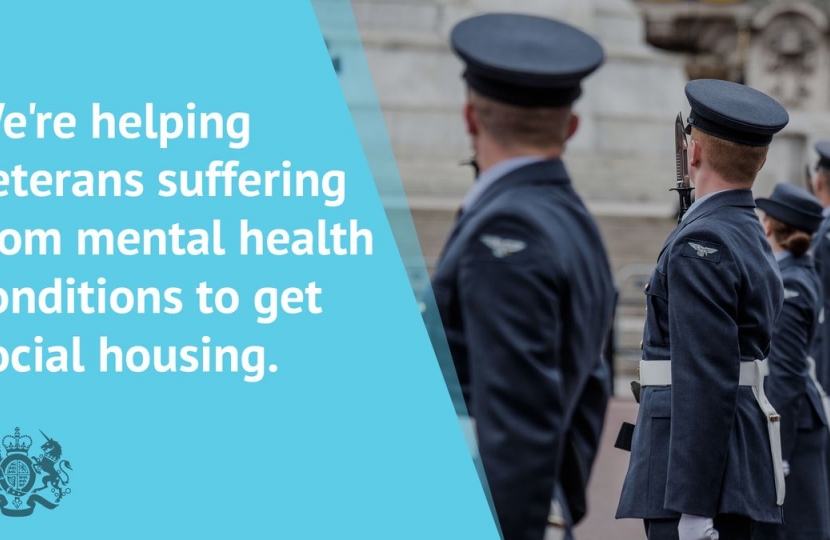 Former service men suffering from PTSD and other mental health illnesses will now be prioritised for social housing under new proposals published today.

Under the proposals those with mental health illnesses will be treated in the same way as those with physical injuries, boosting the priority and ending the cycle of being denied social housing because the ex-forces members have not lived in the area for long enough.

The new measures will also help people who divorce or separate from their partners in the Armed Forces by exempting them from the rules requiring them to be a local resident before being able to apply for property.  This has been put in place as people who split from their partner and made to move out of military accommodation may also be denied support.

While the majority of military personnel transition successfully into civilian life, these changes will also mean that if somebody has served in the forces in the past and applies for social housing, this will be noted by the housing teams and used to boost the application.

We have a duty to ensure our military personnel get the support they need when applying for a social home, it should not be a challenge to find housing when transitioning from military service to civilian life.  These new changes are part of our continuing commitment to the Armed Forces Covenant.

Tamworth Mass Covid19 Testing - Everyone can book a test

Tamworth and Lichfield are now considered to be Tier 3 - Very High Alert for Covid 19 but Staffordshire is an area which has been issued with mass-testing.