Cracking down on disruptive protest 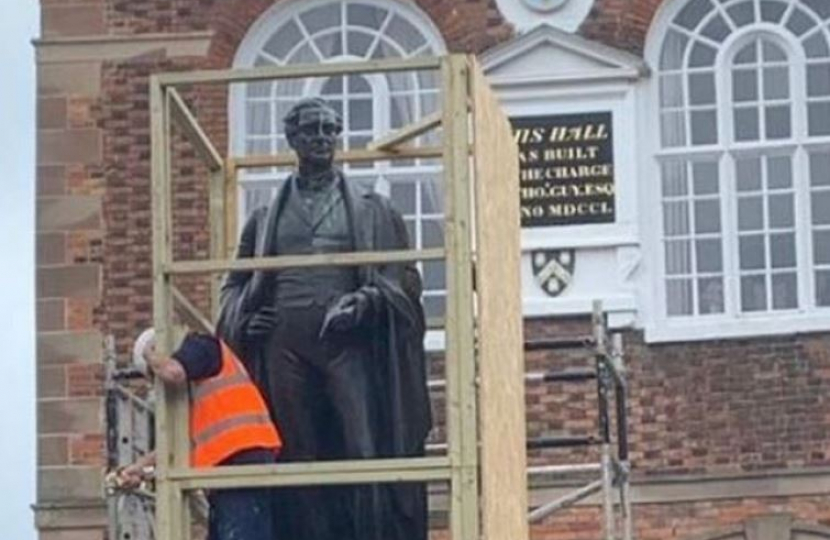 Tamworth has unfortunately been subject to multiple disruptive protests, from threats to pull down the statue of Sir Robert Peel because the protestors believed he had slaves (he was the first PM to speak out against slavery!) to protestors locking themselves onto high street shops with glue to drive away customers and cause trouble because they disagree with the stance the shop takes on various issues, to physically damaging buildings, preventing people from working and setting up camps on private land.... This behaviour is not acceptable.

Protest is an important part of our democracy, I will always support peaceful protest and think it is very much a right for local people to air their views in public - however it is not and never will be appropriate to engage in antisocial behaviour, violence or criminal damage under the guise of 'protest'.

I have been engaging with the Home Office, police and local authorities on this issue.  Lobbying the Government for tighter rules around protest and taking steps to make it easier for firms and authorities to issue injunctions when people insist on engaging in non-peaceful protest.

I try to respond to all who raise a policy issue with me and even if I disagree with your personal stance, I can put your view to the relevant Minister or Department for further review.  So engage with me as your MP, your other elected officials or take steps to let the police know how and where you wish to protest.

I will seek to ensure that the Government remains unwaveringly committed to a democratic system allowing for freedom of expression and peaceful protest but will not tolerate criminal behaviour across Tamworth and the villages.

May is always an exciting month as the stage is set for our great ceremonial event; the State Opening of Parliament and the Queen’s Speech. The ceremony evokes the time-honoured traditions of our constitutional monarchy.