I'm Christopher Pincher and it's an honour to have been re-elected as the Conservative MP for Tamworth. Here, you will find my news, campaigns and more about my work in Tamworth and the villages and in Parliament on your behalf. I'm here to help, so please don't hesitate to get in touch 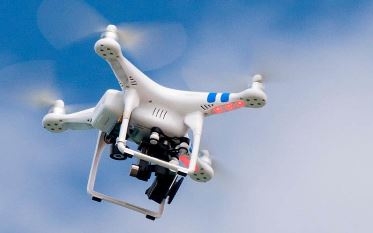 The second reading of the Air Traffic Management and Unmanned Aircraft Bill had it's second reading in Parliament this week and if it goes through the Lords unamended, it will give the police new powers to land, inspect and even seize drones if an offence has been committed and a warrant is secured.

One of the crime issues I am seeing more and more in my casework, is a rise in…

Following the outbreak of Novel Coronavirus is China, the number of queries I…

Staffordshire Council for Voluntary Youth Services is running a project this…

Christopher Pincher MP has welcomed the news that the Conservative Government…

Get Ready For Brexit

Check you are ready for Brexit

Advice for residents in China

Demand for the NHS only continues to rise, and as the population ages, there…

I have no intention of stopping, delaying or reversing the United Kingdom's…